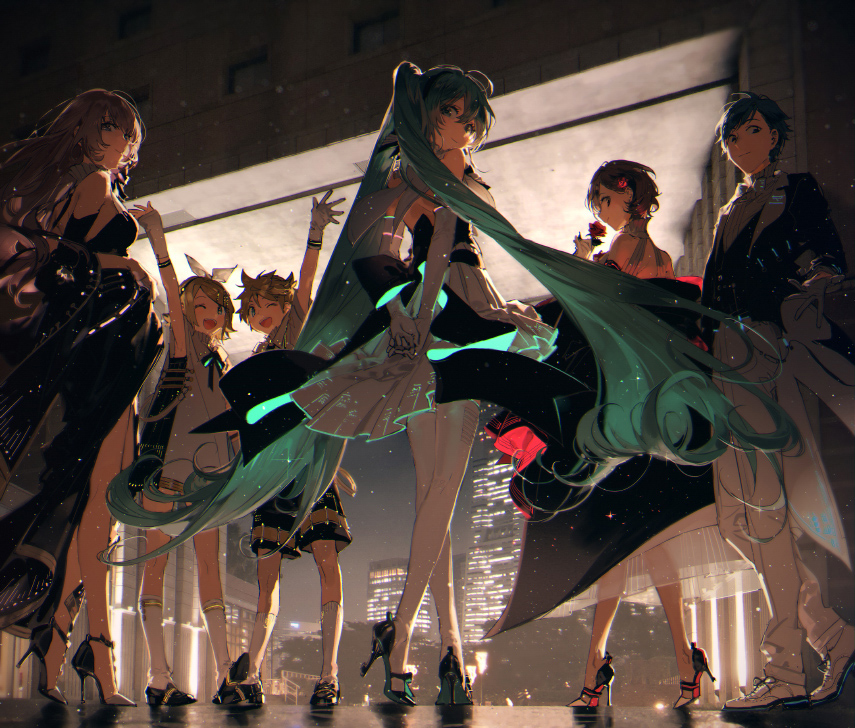 Hello! tsuyori here again. It’s been awhile since I have wrote anything but since this seems to be a common question that comes up, so here is a little article on the release of Vocaloid albums.

Now, before I jump into the main topic, it should be noted that you have to understand the term “doujin”. The term “doujin” just simply means “indie” or “self-published”.

So, now it should be noted that most Vocaloid albums are released as a doujin album, which mean the producers themselves self-produced their own album and sell them on their own, without the help of any third party publishers or any record label companies. Most of the time they sell it at events, and the most notable event would be Comiket (コミケ).

Comiket, also known as Comic Market, is held twice per year, once in Summer and once in Winter. It is the biggest doujin event in Japan, and perhaps the world. Hundreds of thousands of people visit this event every year, and that includes foreigners who fly into Japan just for this event. With over 10000 different circles (groups that create doujin works) boothing each day, taking a look at anything – let alone everything – is not an easy task. Many first-timers have the wrong impression that it would be fine to just go to the event to browse and find things to buy. It is not, and finding what you like is comparable to finding a needle in a haystack. Most of the event goers have done prior research, like bookmarking Twitter posts and noting down the specific booths they want to visit. Most circles or producers that are boothing will announce what they would be selling at their booth prior to the event itself. Furthermore, the circles change daily according to the categories specified each day; what you find on the first day would not be there on the second and third days. I would not dwell too much into the logistic or the know-how of Comiket since this is not the main topic, but if you would like to learn more about it, you can mention me on Discord.

Usually doujin music falls on the first or the last day of Comiket, based off previous Comikets’ pattern. There will be a list of producers that will set up their booth on this event, and they will sell their own albums on the day itself. Sometimes you might be able to meet the producers themselves! (Omoi’s producers are two really cute guys). Hence why during Comiket, there will be a bombardment of album releases, since there would be a lot of producers who will be selling their albums, old or new otherwise.

Of course, Comiket is not the only doujin event. The other events are that known for Vocaloid albums release is M3, also known as Music Media-Mix Market. This is event is also held twice a year, once in Spring and once in Fall, and it is a music only event. Other than that, there is also The Voc@loid M@ster, which are held roughly two to three times per year. As the name suggest, it is a Vocaloid only event, but lately UTAU has also joined in.

It’s hard to say how many albums are release per event, but roughly at the very least 50+ per event based off the numbers from the past few years. Some maybe a single or a full albums. It is very difficult to have an actual number as there is quite a bit of albums that falls under the radar, as well digital release that are release in the spirit of the event. There are also producers who are known to release something every cycle of album release, such as Clean Tears who have been releasing an album every Comiket for the past 5 years or so.

Now that we have covered the doujin side of Vocaloid albums, we will move on to commercial release.

As you may have noticed, not every albums are doujin albums. There is also a list of producers who have their own label, or they published their album through a publishing companies or record label companies. You may know the more popular names; Deco*27, Nayutan, Harumakigohan, Jin, and etc. These producers do not release their albums during events anymore, but at their own time. We usually call these albums commercial albums, since they are commonly sold in major music stores across Japan, and sometimes overseas. The more common major music stores/sites includes Amazon, Tower Records, Village Vanguard, Animate and etc.

Of course, there are also producers who release their albums outside of events that are not under any publishing companies or record label companies. Usually these producers will be selling their albums through Booth (physical or digital) or Bandcamp (digital only).

So most of the time, album releases for Vocaloid albums vary, but since we have events (which are also called album release fairs), there will be a surge of new albums during those event periods.

This entry was posted in Tutorial. Bookmark the permalink.