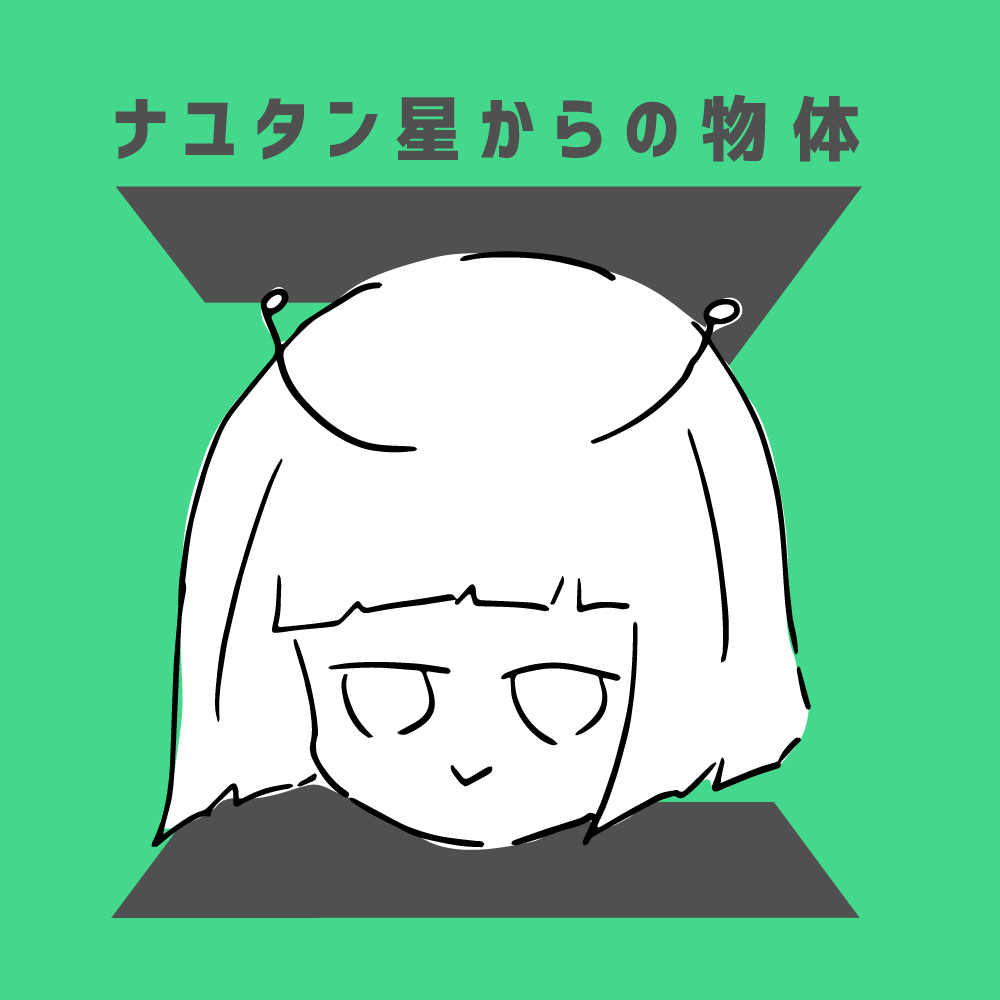 It’s time to take a look at the newest release from Nayutan Alien, Object Z from Star Nayutan. They probably need no introduction, but for those that may not know, Nayutan is one of the biggest names to come out of the Vocaloid scene in recent years. Object Z is their 3rd original album since 2015. Let’s see how it stacks up.

This release continues with the pop-rock style that’s been consistent throughout Nayutan’s work. If you’re a fan of the bouncy riffs, cutesy vocals, and chiptune keys, you’ll probably enjoy this album as much as the others. I’ve said before that I wouldn’t get tired of this sound soon, and Object Z has pretty much proven that. Nayutan has a knack of maintaining a consistent style while keeping it interesting with fresh riffs, good instrumentation, and some variation in the vocals.

My favorite parts:
“UFO UFO” starts the album in Nayutan’s standard form, like “Andromeda Andromeda” and “Alien Alien” on the previous albums (you can guess the trend). I don’t mind the repetition though, because it seems like part of the theme of this album series, and they work really well as intro tracks.
“Morning Star Galactica” stands out to me mostly because of Miku’s vocals. I really like the high parts in the chorus and the sound of her voice with the harmonies.
“Comet Honeymoon” is possibly my favorite track. The lead keyboard line is great and all the parts have a great cohesion around it. The lyrics also have a nice flow, making for a really catchy song.
“Endless Airbattle” immediately caught my attention because the main riff sounds very similar to “Aerial Combat Exhibition” from Object Y. Given the names of the songs, I’m certain it’s intentional, so I think of it as a sort of “sequel” song. It also has a more mature kind of intensity that isn’t present on the rest of the album, or even in most of Nayutan’s other work. I’d like to know if that’s reflected in the lyrics as well.
Others of note: “Dance of Venus” is a fun and upbeat song with some nice guitar work. “Love Invasion Plan” has a good melody and a cool vocal part at the end of the chorus, as well as a tight-sounding talk/rap section.

Least favorite parts:
The second song on the album, “Prince of Star,” is probably my least favorite, which kind of dampens the momentum when listening to the album straight through. The song is generally uninteresting and forgettable to me, and I don’t like the progression of Miku’s high parts in the chorus.
“Dream Dream Yume Dream” is another skippable one for me. I’ll admit, it’s a very cute song, especially the chorus, but it doesn’t strike with me.
A couple other songs, like “Lumina,” are pretty run-of-the-mill. They’re not bad, but I don’t think they offer a whole lot.

The bonus disc tracks are a mixed bag. “P-Pau My Friend” and “Unexpected Galactic Love” lean toward the cutesy sound, but I enjoy them in the right mood. “Indigo and Polar” is pretty enjoyable for a slow song. In fact, the slower tracks on this album hold my attention better than slow songs usually do. But on the other hand, I think there are fewer “banger” tracks on Object Z compared to X and Y.

Overall, I can’t be certain if I like this album quite as much as Object X or Y. But putting comparisons aside, it’s still another dang good release from Nayutan Alien, adding more great material to their growing repertoire. If I had to score it, I’d give Object Z  a 7 or 8 out of 10, leaning high.

Now that Nayutan has gone through X, Y, and Z, I’m curious as to what’s in store next. Is this the end of a series of albums in this style? Or will they just move to numbers instead of letters? Will they keep up the space alien theme? I guess we’ll know in time. If you have any thoughts, opinions, or suggestions, let me know in the comments! Thanks for reading!